Would you believe me if I told you one of these was a men’s pair? It’s true. Guess which one.

Shoe of the year right here in the New Balance Fresh Foam Zante, by the way. Probably the best shoe I’ve ever run in, come to think of it, and that’s really saying something given my massive collection. Stop what you’re doing and buy a pair. Full review coming soon. I’m basically crying with joy at having acquired a second and third pair before people catch on and they get scarce. So serious!

In other news, I ran a brutal 50k on February 28, 2015. Ultra running is like fishing in that the stories of adventure and peril get taller just as the fish that got away in anglers’ stories get bigger over time. Well, here’s the race report to check my facts: Hashawha Hills 50k Race Report 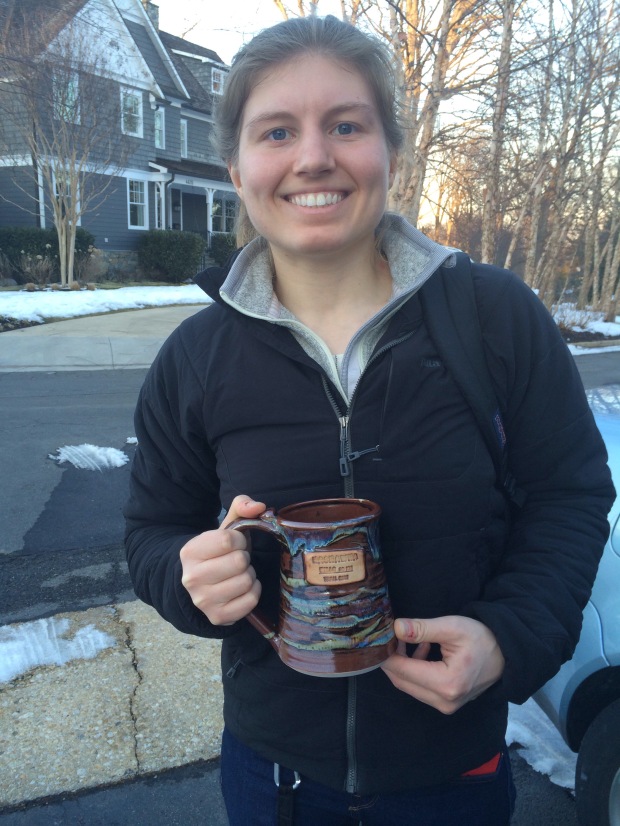 I faced treacherous snow and single digit temperatures en route to earning my coveted finishers mug. 43 of my fellow 96 starters weren’t so determined or so lucky.

I’m really jazzed about running in the mild spring weather, so expect more blog activity in the coming weeks.

The course is buried under 18″-20″ of snow and is criss-crossed by dozens of downed trees, so the race director made the tough decision to cancel. On the bright side, I’m guaranteed entry into next year’s event. I’ve really enjoyed my training, so while I’m disappointed to not be attempting my first ultra next week, I’m not too upset. I’ll use this good base to carry me through my March marathon.

I’m the kind of person who relishes new notebooks and months that start on Mondays — I like fresh starts and beginning at the beginning. So although this blog is coming into my running life in medias res after 64 races, its arrival does coincide with a beginning: the beginning of the off-season.

After a 2013 which saw me run upwards of 30 races including eight weekends in a row with a race of at least 10 miles, this fall and three marathons in four weeks (also part of that eight week streak), I’m taking some time off from racing. My wallet is ready for the break, I’m ready to not have to fight a logistical battle every week to get myself to packet pickup and the start line, and my body is ready to recover. Also, I’ve never really trained specifically for a race; I just run when I feel like running and I run however much I feel like running. The focus of this offseason will be on actually training and preparing adequately for races. I’m physically strong and gritty so I’ve experienced a lot of success recently in races, including a PR by about 12 minutes in my final marathon of the three marathons in four weekends sequence I ran this fall and a PR in the half marathon I ran in the middle of that sequence! But I want to do even better. That means racing less (even though I love it) and training intelligently.

I’m targeting a 50k in February, so this is week one of a 12-week training plan I’ve developed for myself, yet another beginning.

Looking ahead at what I hope to write in this blog, I’d like to cover the following:

-Gear I Use (teaser: I have two new pairs of shoes I’ve never had before)
-Stuff I Like (distinct from Gear I Use)
-Race Recaps (later on…)
-Stories from My Life
-My Routine
-Gear Reviews